Since 2013, another vision called the Firewall Project Africa, aims at raising a Firewall of God’s Spirit and grace in Africa, focusing initially upon the countries stretching from Senegal to Ethiopia, and down south to Mozambique. God, in His mercy, has used Raymond to evangelise in different countries on the continent of Africa. Because of this, the Africa Council appointed him as the Co-ordinator of this Firewall project. In October 2019, Raymond was appointed by the Africa Council Church of God World Missions as the Director of Evangelism and Church Planting.

The Firewall Project Africa has been implemented with great success all over the continent of Africa. Thousands of Churches were planted, and pastors and evangelists were and are trained over a period of three and a half years. This is still continuing despite minor changes in strategy, material and methods. It has withstood many obstacles on the religious, financial, political and health front. The Firewall Project Africa is a beacon of hope for the Church in Africa, and a monument to the saving power of Jesus Christ.

A resolution was accepted that the following principles should be a prayer guide for the support of this project by mentoring,

Since 2016, the Firewall Project has developed into a global initiative called the Global Fire Advance. Raymond is one of the founding Board members of the Global Fire Advance. Their objective is to strategically plan and accomplish evangelism, discipleship, and Church planting around the world with involvement in South America and Central America. To date, strategic training has been done in Panama (Central America), as well as Chile, Ecuador, Peru, and Argentina (South America). Pastor Ray has trained thousands of pastors in four main cities in India (Ranchi, Hydrabadad, Mumbai, and New Delhi), as well as in South East Asian countries like Myanmar, Thailand, Vietnam, Cambodia, Sri Lanka, and Philippines. 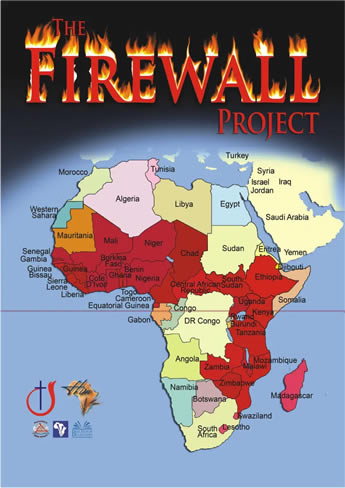